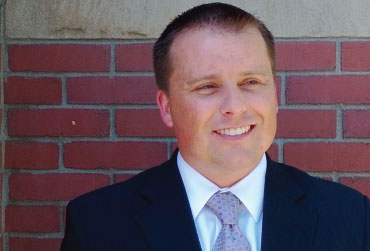 Growing up in Seattle, WA, with two loving parents, Keith was raised to follow his dreams and passions. Mom was a postal carrier, and dad was a purchasing manager for a manufacturing company. A strong work ethic from both parents combined with their emphasis on doing-what-you-love planted a seed of entrepreneurship in Keith.

To afford his first car, Keith's dad insisted he get a job. So during high school and while in college Keith worked at a grocery store. There he built a strong affinity for customer service. The service attributes the company preached served him well when Keith and his wife later began a cleaning business and then again when he took a job at a metal fabrication company. It was while working at the fabrication company Keith started to develop the product now known as Bedfin. With an eye on service to his customers, every aspect of Bedfin has been optimized for ease of use and maximum effectiveness.

While sitting at his laptop in Puyallup, WA, Keith decided he wanted a sign for his truck to help him advertise while selling metal fabrication services on the road for his day job. After searching the web for an appropriate solution and coming up short, Keith thought he should design his own. With a tape measure, pen, and a pad of paper in hand, Keith started designing. That was the middle of 2010 and by Fall, he and his employer started building the prototype.

Now, obvious the sign product has potential, Keith works on developing a commercially viable product. Investing in the second iteration and working with his employer to bring it to life, Keith hopes to prove out a simpler and more economical design.

After a handful of fits and starts Keith decided to go all in on Bedfin and pursue his passion for service with a commercially viable product. Keith leaves his place of solid employment for more than 12 years to put full attention to the business, and you are now witnessing the long anticipated launch. Thank you for coming.